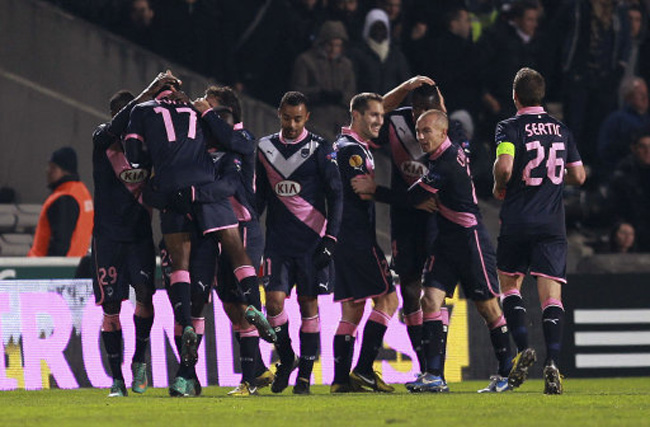 Having already qualified for the last 32 of he competition, Newcastle boss Alan Pardew could afford to rest most of his first choice stars, instead sending out an inexperienced mix-and-match side to take on Bordeaux.

Big striker Cheick Diabate was the star of the show for the home side, netting a goal in either half as the Magpies struggled to cope with his physical presence.

Nile ‘Gangsta’ Ranger made his first start for Newcastle for a year and a half while he was joined in attacked by the Fabulous Ameobi Brothers.

Anyway, for the vast majority of the game, it was the home side who dominated, with their 2-0 win ultimately sending them through to the knockout stages as group winners, with runners-up Newcastle joining them in the final 32.