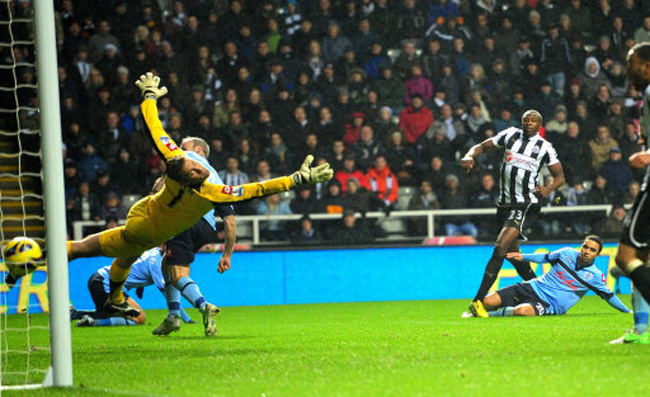 Something of a cult figure at St. James’ Park, Shola Ameobi came off the bench to secure a vital win for Newcastle against QPR on Saturday.

The result handed Harry Redknapp his first defeat in charge of the Hoops but the former Spurs managers will take comfort from a decent display by his charges.

Both Demba Ba and Papiss Cissé failed to make the most of some decent chances for the home side, but the visitors themselves looked dangerous on the counter-attack, with Djibril Cissé going close after great work from Adel Taarabt.

However, the decision by Alan Pardew to bring on Shola Ameobi for Cissé (who looked thoroughly unhappy to be subbed) and Gabriel Obertan for Jonas Gutierrez on the hour-mark re-ignited the Magpies’ afternoon. Pardew then brought on Sylvain Marveaux on 77 minutes, and soon after, the Frenchman set up Ameobi who fired home to give he home side a precious three points.

Newcastle move up to 14th while QPR stay second from bottom.