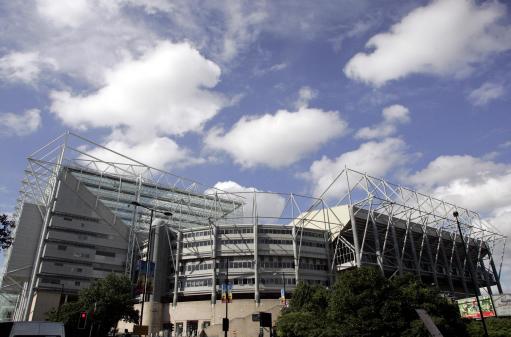 In a bid to move crowds out of the area more efficiently on matchdays, a Newcastle-based business NE1 are exploring the possibility of building two slides outside Newcastle’s St James’ Park stadium at the side of the stairs which currently lead down to the car park and the Metro station.

The Overvecht railway station in Utrecht, Holland already utilises one such slide. Here it is in all it’s glory.

The slides, or “travel accelerators” as NE1 would have it, would be built in tandem with the Royal Society for the Prevention of Accidents and would be designed in order to “inject some fun” into Newcastle city centre. It is also hoped that matchday congestion would be eased by offering fans a quick alternative to walking down all those bothersome stairs.

Here’s a quick snippet covering the outlines of the plans…

In theory it’s a great idea. C’mon, everyone loves slides.

The only potential problem is that, if our neighbourhood is anything to go by, they’ll be doused in urine before you know it and – considering this is St James’ Park we’re talking about here – it also won’t be long until a topless ten-ton Geordie has to be sheared out with ‘The Jaws of Life’ after getting wedged halfway down.