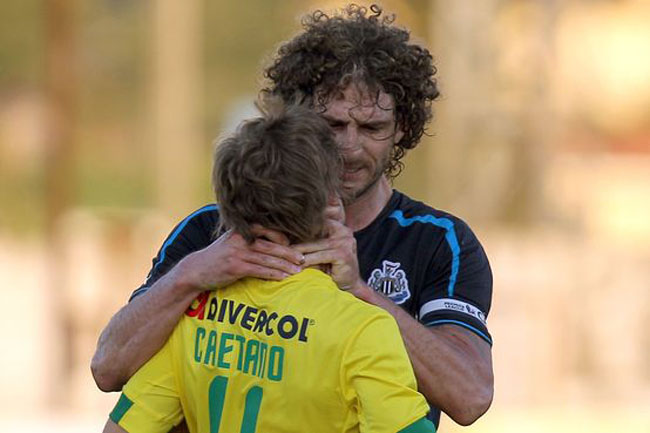 No stranger to a bit of rough and tumble, Argentine centre-half Fabricio Coloccini found himself on the receiving end of a red card on Wednesday after man-handling an opponent in Portugal.

Newcastle were playing Portuguese side Pacos Ferreira in a pre-season friendly when Coloccini rather lost his rag towards the end of the first-half. After clashing with striker Caetano, the long-haired loon grabbed the player by the throat with both hands.

Not surprisingly, Coloccini was duly sent off along with Caetano, the culmination of a first-half peppered with nasty challenges and ill feeling.

However, despite the sending-off, which came in the 1-1 draw, the Newcastle man won’t be banned for the opening game of the Premier League, courtesy of recently introduced FA rules which keep friendly game disciplinary action separate from competitive games.

Still, it’s a rather fine photo! And here’s another angle. What a character old Fabricio is, eh! 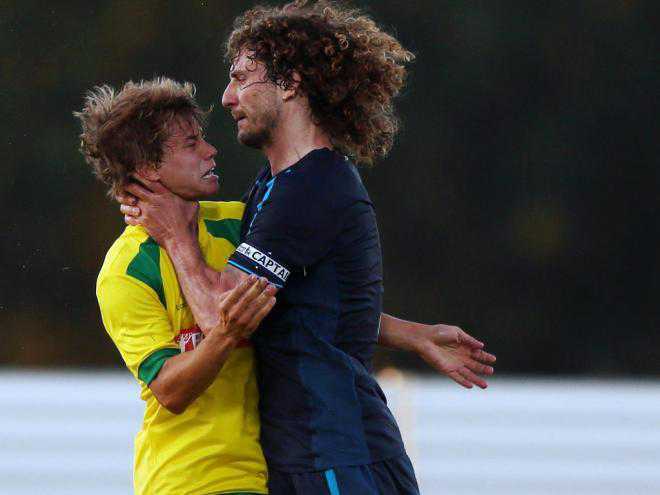