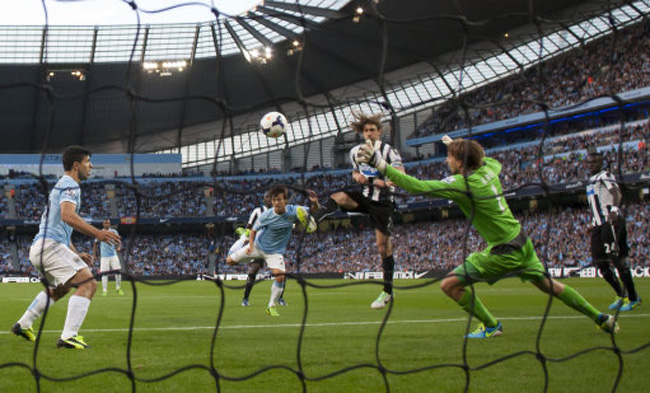 Manuel Pellegrini’s Manchester City got their campaign off to the perfect start with an impressive victory over Newcastle at the Etihad.

Summer-signings Fernandinho and Jesus Navas both started for the home side but it was seasoned Citizen David Silva who would open the scoring on six minutes after great work from Edin Dzeko, who was superb throughout.

Sergio Aguero made it 2-0 on 22 minutes as Alan Pardew’s side, without Arsenal target Yohan Cabaye, struggled to keep up with their guests. The dismissal of Steven Taylor on the stroke of half-time (for hitting out at Aguero) all but ended the visitors’ chances of staging a comeback and second half goals from Yaya Touré (a class free-kick) and sub Samir Nasri ended the contest.

While Pellegrini and his new-look City will be looking forward to a productive campaign, Pardew and the Toon Army may well be facing a long and arduous season.