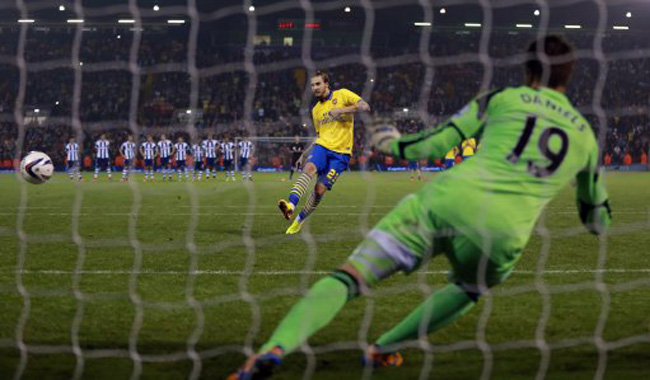 I’ve already covered the sexy clash of the night, which saw Man Utd win against Liverpool, but in the other ties tonight, cup holders Swansea were turfed out of the the competition by Birmingham at St. Andrew’s, Newcastle won against Leeds at Elland Road, Stoke also went through while Arsenal’s mix-and-match 11 defeated West Brom on penalties, courtesy of  a crisp finish from Nacho Monreal.

Here are all thee results, followed by a selection of photos (from all the games except the Man Utd one) for your pleasure…