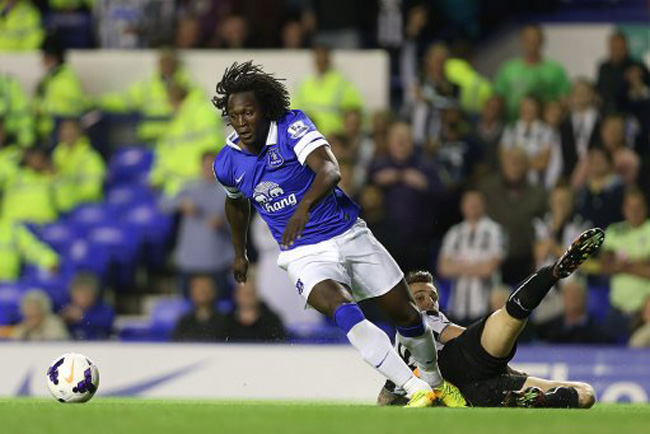 One wonders if Jose Mourinho is regretting his decision to let Romelu Lukaku move to Goodison Park last month, as the Belgian hitman produced a superb display against Newcastle on Monday night.

The youngster bagged a brace for Roberto Martinez’s side with the superb Ross Barkley getting another, with all the Toffees’ goals coming before the break. In the second half, Alan Pardew sent on Yohan Cabaye and Mike Williamson and the visitors were much improved with midfielder Cabaye netting a fine effort on 51 minutes. Loic Remy bagged another at the death but despite an impressive display in the second 45, it was too little too late for the Magpies.

Everton remain unbeaten and move into the top four while Pardew’s Newcastle stay in 16th.