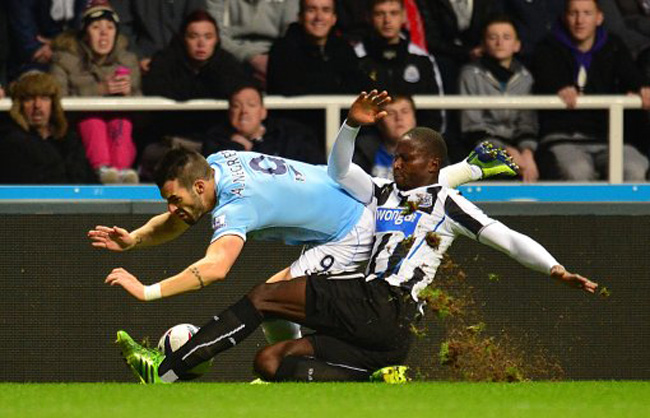 Goals in extra-time from Alvaro Negredo and Edin Dzeko gave Man City a 2-0 win at St. James’ Park on Wednesday night, a win which sees them face Leicester away in the last eight of the Capital One Cup.

Things started badly for the Citizens with out-of-favour Stevan Jovetic having to bow out after just 10 minutes, due to injury and it was the home side who created the better chances. Shola Ameobi went close but ultimately the game would go to extra-time.

City ‘keeper Costel Pantilimon was forced into another fine save, this time from Papiss Cissé before the two goals finally came. And that was that!