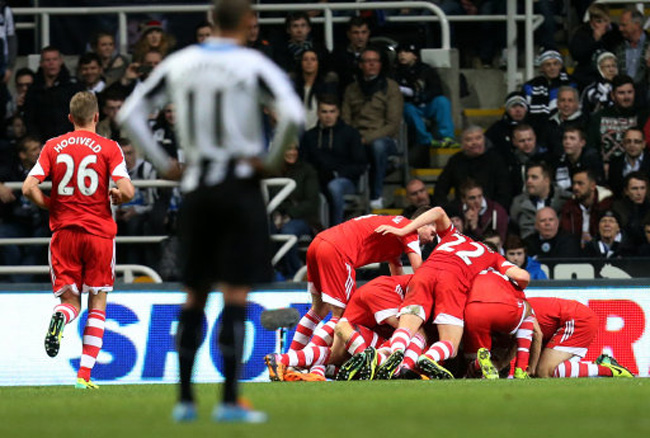 A draw was probably just about a fair result in this clash of two sides chasing a European place (Europa League obv). Yoan Gouffran netted first after a right cock-up from Jos Hooiveld. However, after a rather quiet first period, the saints drew level, after a fine passing move which saw Jay Rodriguez finish coolly. Poor old ref Mike Jones got a right wallop (accidentally) from Moussa Sissoko while at the  end a bizarre scuffle broke-out out on the touchline between the two clubs’ goalkeeping coaches. However, on the pitch, neither side could ultimately go on and win the game.