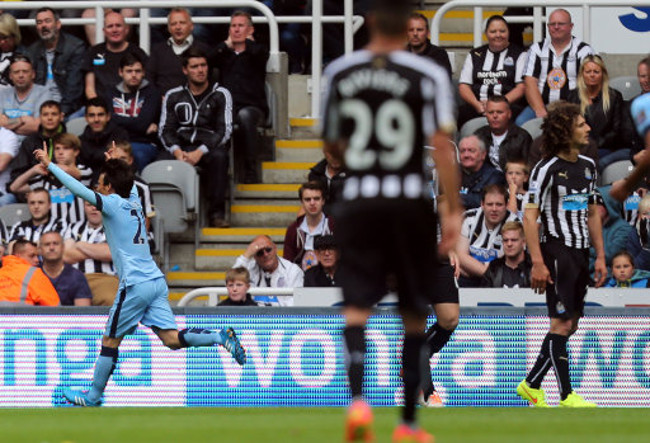 Champions Man City kept alive the record of the Premier League title holders never losing the opening match of the following season, when they beat Newcastle 2-0 at St. James’ Park.

Despite the scoreline, Alan Pardew’s side impressed throughout, with new-boy Remy Cabella looking sharp throughout. However, the Magpies rarely troubled Joe Hart’s goal and it was the visitors who would eventually take the lead on 38 minutes when Edin Dzeko’s deft back-hell set up David Silva who stroked the ball home.

Sub Sergio Aguero doubled the Citizens’ advantage late on after a second-half which saw the home side push for an equaliser without making any of their good build-up play count.