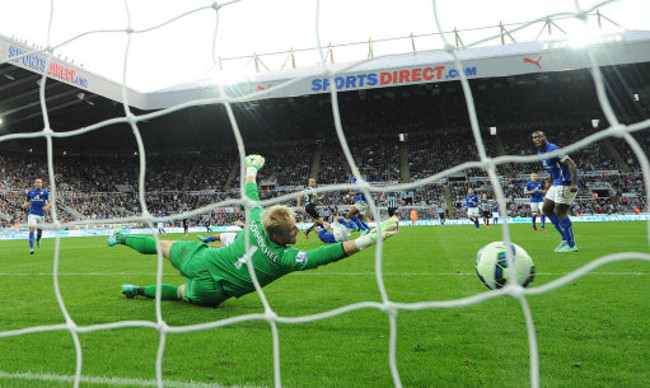 A late Gabriel Obertan strike took a little bit of the pressure off Newcastle boss Alan Pardew as the Magpies secured a previous win against Leicester.

The game kicked off an hour late after the giant screen at St. James’ Park came lose, but that incident looked like outshining anything on the field of play in terms of entertainment for most of the game.

After the break, Papiss Cissé had a great chance to open the scoring only for the striker to miss what was an open goal after rounding Kasper Schmeichel. But then, with just 18 minutes left to go, Obertan fired home after cutting inside to get a vital three points on the board for the Magpies.

The Foxes pushed for an equaliser and fashioned a couple of chances but ultimately it was the Magpies who would win this one.