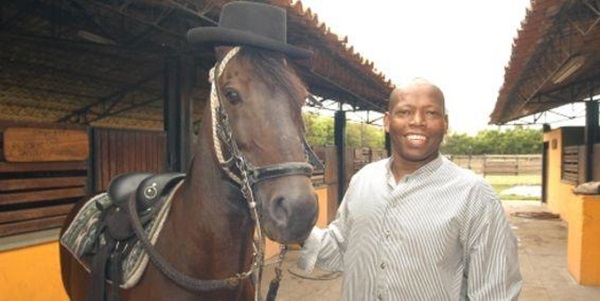 It’s been keeping Pies awake at night but now we can finally relax. Police in Colombia have finally tracked down and recovered Faustino Asprilla’s missing horse.

According to the Guardian, Asprilla accidentally lent the £44,000 horse, named ‘Lucas’, to a friend while drunk at a fair back in April.

The ex-Newcastle striker allowed his friend to ride the horse at the Buga Fair parade but never got it back. Since then, he had offered a £1,090 reward for Lucas’s safe return.

Thankfully, the Valle del Cauca regional police chief, Fernando Murillo, had some good news for Tino over the weekend having found the horse tied up in a stable in the nearby town of Florida.

“It had been left there by some people we are now seeking,” the El Espectador newspaper quoted Murillo as saying.

“What really happened was that Tino lent the horse to a friend who, in a drunken state, had given it away to two young men.”

Wonderful. Story of the Year 2015 candidate right there.