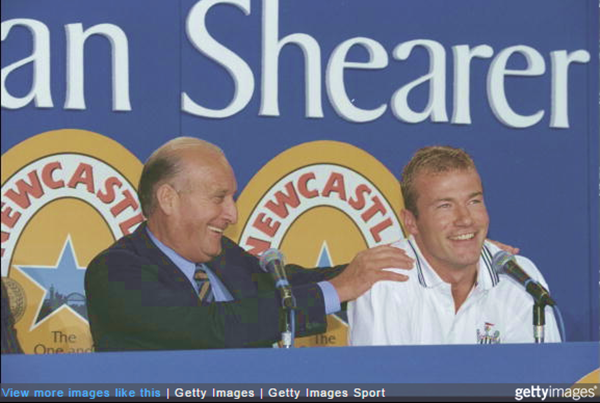 Sometimes it just all goes to script. Alan Shearer, then with hair, was making his home debut for hometown club Newcastle United.

The Toon had lashed out a world record £15million that summer to bring the sheet metal worker’s son home from Blackburn Rovers and, after squandering a 12-point lead the previous season, hopes were high that the title would finally be coming to Tyneside on the back of Shearer’s arrival.

The England striker’s stock, already high, had been inflated even higher that summer after he won the Golden Boot at Euro ’96 – two fine goals in the 4-1 demolition of the Netherlands being the highlight.

On his home debut, in front of his home crowd, against a Wimbeldon side that seemed to specialise in being the supporting act for spectacular opening day goals, surely he had to score? However, with two minutes to go, he hadn’t.

Then the Magpies got a freekick. Up stepped Oor Al and curled a blistering free kick into the top corner. Cue pandemonium at St James’ Park.

Newcastle won 2-0 that day. Shearer scored another 201 goals for the club – not that they ever won the league, mind you.