A 20-minutes five-goal masterclass from Sergio Aguero sent Manchester City back to the top of the table and left Newcastle rock-bottom. 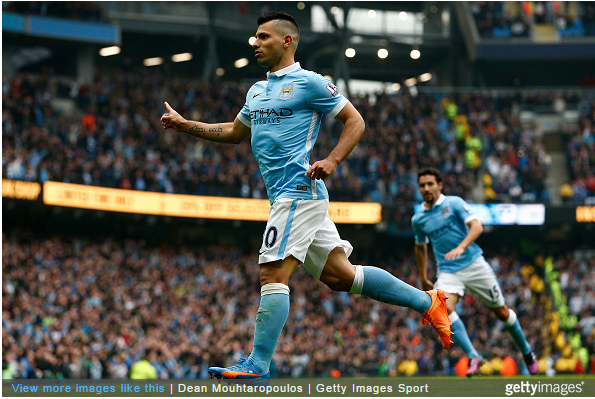 Steve McClaren’s men then had chances to extend their lead, with Mitrovic and Giorgio Wijnaldum seeing efforts saved by Joe Hart.

Soon after the break, Aguero put his side 2-1 in front, courtesy of a deflected effort before making it 3-1 a minute later.

With Newcastle imploding at the back, Kevin De Bruyne volleyed home the Citizens’ fourth.

Aguero then made it 5-1 via a curling effort before netting his fifth of the game on 62 minutes, just 20 minutes after his first of the afternoon.

However, there were to be no more goals in a game which energised the Etihad crowd but left Newcastle boss McClaren under pressure, with his side’s haul of just three points from eight games an utterly dismal show.

As for Aguero, he becomes just the fifth player in Premier League history to bag five in one game, after Andy Cole, Alan Sheaerer, Jermain Defoe and Dimitar Berbatov.