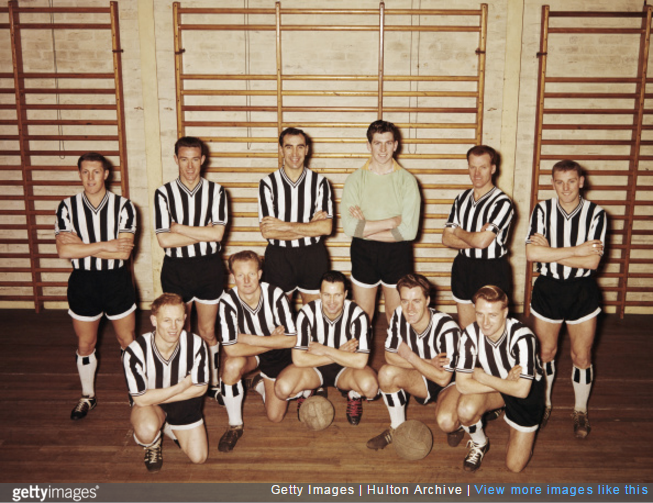 It wasn’t the biggest crowd ever at St James’s Park. In fact, just 20,106 turned up on this chill December day in 1960 to witness a 5-5 draw during a season in which the Toon racked up some big, big numbers.

The visitors were West Ham and the 10 goals the teams shared were scored by nine different players.

For the Magpies, Jackie Bell, John McGuigan, Bobby Mitchell and Len White (2) got their names on the scoresheet. For the Irons, a certain John Bond, John Dick, Malcolm Musgrove and Dave Dunmore all notched.

West Ham also benifited from an own goal, but the culprit’s name seems not to have been preserved for posterity’s sake. Lucky escape!

Newcastle were never far from troubling the scoresheet that season. Throughout the 1960/61 campaign, the team scored a very healthy 86 goals.

Unfortunately, however, they also conceded a club record 109 and were relegated from the First Division.

Swings and roundabouts, and all that!