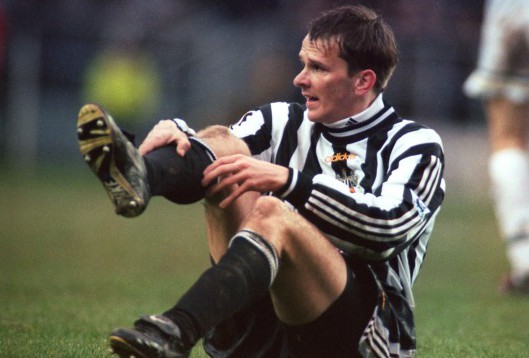 Despite having only been at the club for six months at the time, Dietmar Hamann has confirmed that his Newcastle teammates still saw fit to buy him a copy of Adolf Hitler’s autobiographical manifesto “Mein Kampf” as a hilarious Christmas present in 1998.

Hamann was asked about the rumours by a fan during a Twitter Q&A earlier today, to which he simply replied…

It would appear that ‘novelty’ presents were the order of the day at Newcastle in ’98. Indeed, defender Alessandro Pistone revealed that he was given a sheep’s heart by the lads – purportedly because “he didn’t have one of his own”.

“I’m sure it was a joke,” the Italian mused in an interview with the Sunday Times the following year.

“The others had some really funny presents too: Temuri Ketsbaia got a hairbrush and Duncan Ferguson a prison shirt.”

Oh, to be a fly on the wall. The repartee, the whimsy.