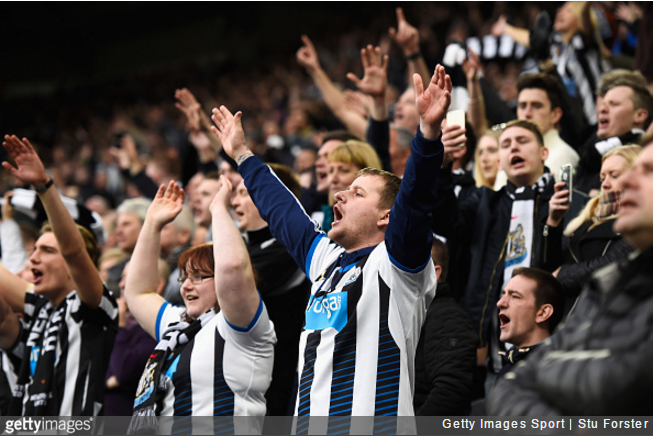 Having roped in the police to help track him down, Newcastle have rewarded a young fan who stayed behind after last month’s derby draw against Sunderland to help clean up St James’ Park.

Seven-year-old Tyler Heaviside, from County Durham, stuck around after the final whistle and lent the police on duty a hand by clearing up rolls of tape that had been scattered outside the stadium.

After spotting his good deed on CCTV, Northumbria police launched a public appeal to find Tyler and thank him for his hard work.

The appeal was a success, and now Tyler has been invited back to St James’ as a special guest for Newcastle’s upcoming Premier League tie against Man City, before which he’ll lead the teams out.

Tyler also visited St. James’ Park with his mum Leanne on Thursday afternoon, where he was given a signed football by Sergeant Neil Pacey, of the Northumbria Police football neighbourhood policing team, as a token of their esteem.

Tyler played his part in what was a very successful day and deserves recognition for spending part of his afternoon helping our officers outside the stadium.

It is only right that he is rewarded and I hope he thoroughly enjoys walking out with his team at St James’ Park.

We want a say a big thank you to him from Northumbria Police.