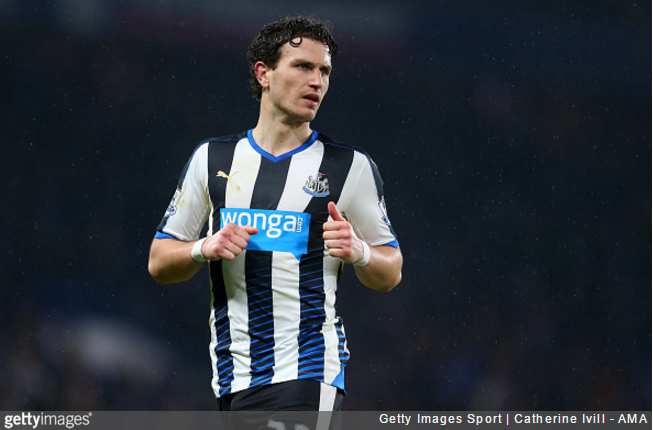 Turns out that the team’s collective professional pride wasn’t the only thing to take a battering after Newcastle’s dreadful 3-1 defeat against Southampton on Saturday afternoon.

The Chronicle report today that defender Daryl Janmaat managed to end the day with a self-inflicted injury that forced him to leave St. Mary’s in a sling.

After limping off in the first half with a twanged hamstring, Janmaat was so incensed that the lamped the dressing room wall, breaking two of his fingers in the process.

It is believed that Janmaat later admitted his actions had been stupid, but it is also understood there were some strong words from Newcastle players to each other after the appalling first half display.

The paper add that the Dutch full-back is currently having both of his injuries assessed, but neither are thought to be serious enough to rule him out of next weekend’s game against Swansea.

Thankfully, there are many Toon fans who would be more than happy to provide the entire team with an extra two fingers should the opportunity arise.