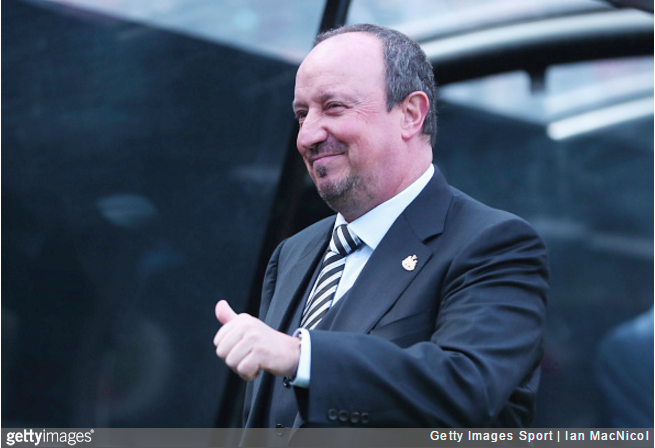 Go ahead and chalk up another victory for the polite hand-written A4 sign brigade, Rafa Benitez has been swayed.

That’s according to the Daily Mail, who are reporting that Benitez has “verbally agreed” to stay on as Newcastle manager in the Championship next season after having a post-season pow-wow with owner Mike Ashley.

Apparently Rafa wants to “hit the ground running” next year and as such spent his Tuesday hammering out a list of transfer targets after Ashley agreed to give him full reign over the ins and outs.

Sources close to Benitez say they do not anticipate any hitches and he has already started drafting the names of players he will attempt to bring to the club this summer.

The Mail also reckon that Ashley and managing director Lee Charnley have cobbled together an acceptable contract offer, with a formal announcement expected to be made next week at some point.

Only an 11th-hour offer from elsewhere could now scupper the deal and see Benitez activate the relegation break clause which exists in the three-year contract he signed in March.

It’ll represent quite a coup as, if and when it goes through. With Benitez in charge, you’d have to fancy Newcastle to come bounding straight back up out of the Championship morass.

That said, it’s been a weird ride for Rafa of late, somehow making his way from Real Madrid to the second tier of English football inside the space of five months.

We only imagine what he’ll make of playing Burton Albion next season.