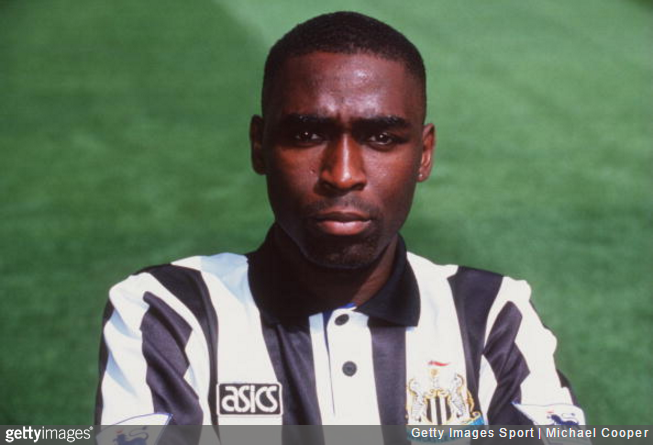 Andy Cole first cultivated his reputation as a Premier League hotshot at Newcastle United, where he scored 69 goals in 86 appearances over the course of his two seasons.

Given his outstanding predatory prowess, it was only natural that brands were lining up to use his likeness to shill their wares.

On a gloomy January morning in 1994, on a grimy road bridge above the Tyne, it was the good people at Pepsi Max who decided the best way to tie-in Cole’s prolific prowess was to have him pose with various bits of heavy artillery, all plastered with their logo.

As if the whopping great tank shell wasn’t foreboding enough, somebody found an AK-47 for Andy to wield in public…

Bloody hell. A little on the nose, even for our tastes.

Can you just imagine the scorn and outrage Pepsi would have courted had this little stunt been attempted in this day and age? Glorifying guns, etc, etc?