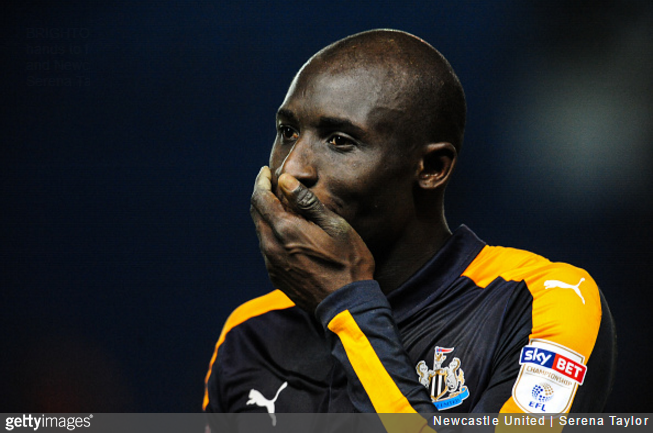 Mohamed Diame’s face says it all.

Newcastle wrested back control of the Championship title race with a 2-1 victory over Brighton at the AMEX on Tuesday night – a result that saw the two sides swap places at the summit of the table once again.

Having trailed to a Glenn Murray penalty for the majority of the match, the Toon scored twice late on to snaffle the victory and reclaim the top spot from their defeated hosts.

That said, they still had to rely on the jammiest goal of the season so far to restore parity when Christian Atsu’s horribly shanked volley hit Daryl Murphy before looping up and over David Stockdale via Diame’s oblivious heel…

The magic of the second tier, laid bare for all to see.

It’s somehow fitting that this passage of utterly rubbish football might just prove to be the pivotal moment in the 2016/17 Championship title race.