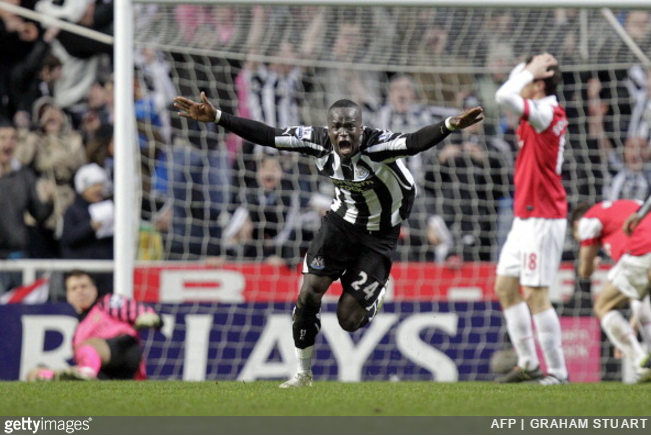 Sad, sad news is reaching us that ex-Newcastle midfielder Cheick Tiote has died suddenly at the age of 30.

Unsubstantiated reports of Tiote’s death flooded Twitter this afternoon, with many believing it to be a hoax.

Unfortunately, the tragic news have since been confirmed by Emanuele Palladino, the Ivorian’s representative:

It is with deep sadness I confirm that Cheick Tiote sadly passed away earlier today after collapsing in training.

We cannot say any more at the moment and we request that his family’s privacy be respected at this difficult time.

We ask for all your prayers.

Tiote brought his seven-year stint with the Toon to an end in February when he left St. James’ to join second-tier side Beijing Enterprises.

According to Sky Sports, he was rushed to hospital after collapsing during a training session, but didn’t respond to emergency treatment.

We are devastated to have learnt of the tragic passing of former Newcastle United midfielder Cheick Tioté in China today. #NUFC pic.twitter.com/PCrIEUyugv

Gutted to hear the awful news about my former teammate Cheik Tiote today. Thoughts with his friends and family.

Goodnight brother, You will be missed. My heart goes out to his family. Gone too soon #RIPcheiktiote

Terrible news, R.I.P. Tiote. Always enjoyed sitting next to you in the dressing room my friend.

I am speechless and so incredibly sad. Cheick Tioté was one of the nicest and toughest teammates I have ever had. Rest in peace brother.

Shocked & saddened to hear of the passing of Cheick Tioté, I pass on my condolences to his friends & family, way too young #ripcheickTiote 🙏