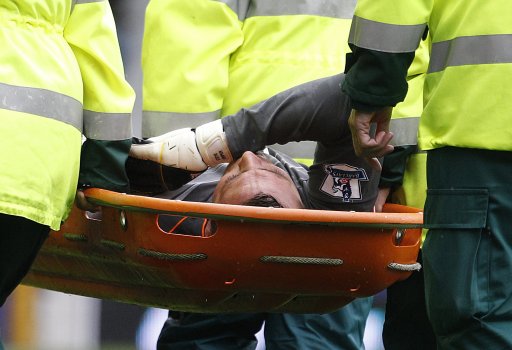 Newcastle have confirmed that goalkeeper Steve Harper will be out of action for the next three months after undergoing surgery on the shoulder injury he sustained against Everton last Saturday.

A challenge with Harper ruptured ligaments in his shoulder falling awkwardly after a challenge from striker Jermaine Beckford sent him tumbling, and the official prognosis is that the 35-year-old now faces ‘a minimum of 12 weeks’ on the sidelines.

22-year-old Dutch stopper Tim Krul took over from Harper at Goodison, started in the Carling Cup win over Chelsea and is set to continue to deputise this weekend when Stoke make the trip north to the St James Park@Rowntrees Fruit Pastilles Stadium (or whatever it’s called these days) in the Premier League this Sunday.