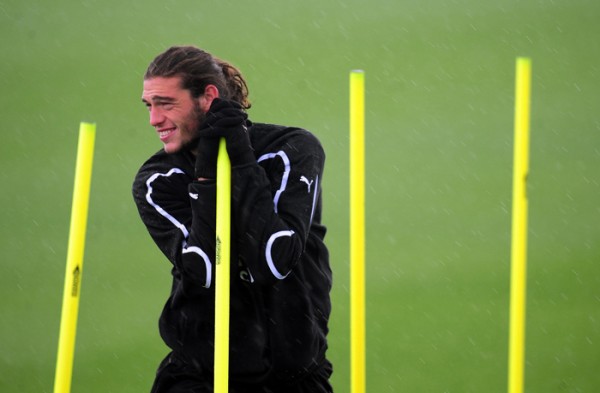 Newcastle United striker Andy Carroll has been charged with assault and will appear before Tynedale Magistrates Court this morning.

“He is due to appear before Tynedale Magistrates this morning.”

What a tool. What with breaking the jaw of team-mate Steven Taylor, and now this, it seems Carroll is going out of his way to cement a rep as English football’s new Duncan Ferguson. At least Big Dunc was a panto villain on the pitch too; Carroll just seems like a bit of a thick twat.

UPDATE: Following an hour-long hearing this morning, Carroll was granted conditional bail to live with team-mate Kevin Nolan at his family home, also in Ponteland, a 15-minute walk from the complainant’s address. Magistrates agreed Carroll does not have to stay overnight at Nolan’s home when Newcastle are playing. Now there’s a sitcom in the making.