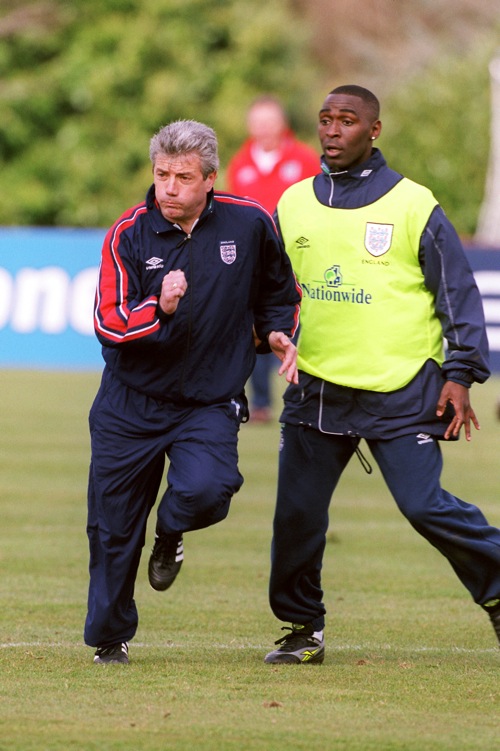 Just read an interesting (ghost-written) piece by former goal machine Andrew/Andy Cole, in which he revealed the roots of his bust-up with Kevin Keegan at Newcastle, which set in motion his shock move to Manchester United. The piece was ostensibly about Cole’s relationship with his former agent Paul Stretford – who is now Wayne Rooney’s agent – and how Stretford engineered the striker’s big-money switch to Old Trafford.

Anyway, see if you think this behaviour is fitting of a professional footballer at the top of his game:

Life went well for me at Newcastle until I fell out with Kevin Keegan, the manager. We were about to play Wimbledon in the League Cup. I was messing about in training. It was cold and I was knackered from the game on Saturday.

“What’s wrong, do you not fancy training?” Kevin asked.

“If you don’t want to train, you might as well f**k off in then,” the manager replied.

So, me being me, I went inside and didn’t come out. He probably thought that I would go back out, but he didn’t know my character.

So Cole just didn’t fancy training. And that one sulk sowed the seeds of his departure from Newcastle. Amazing really. I mean, I know we all have days at work when we’d rather be at home under the duvet, but it’s not like footballers don’t have plenty of time off already.

Or, footballers are not machines and Cole’s honesty is refreshing. That’s the other way to look at it, though I tend to side with the view of Cole as a difficult, miserable loner who was never well liked in the game.

When Cole talks about his “character”, I suppose he actually means, “Keegan had no idea I could be such a stubborn, selfish tosser.”