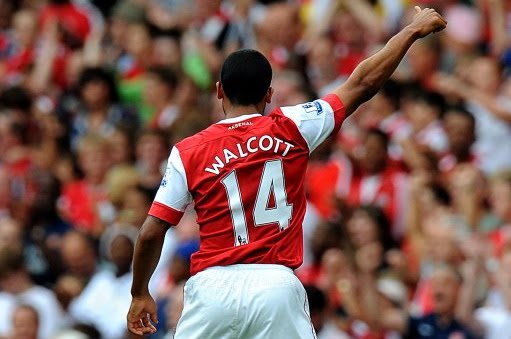 Arsenal manager Arsene Wenger believes that Theo Walcott‘s whippet-like pace may be the root of all his recent injury problems:

At his pace, when you get stopped, you are always vulnerable. Tonight, he got one or two tackles and he got away with it because he did not have his full weight on his standing leg.

But [whilst playing for England] against Switzerland, for example, what can you do? He is not vulnerable because of his injuries, it was a tackle. When you play against a player who is so quick, sometimes you can mistime tackles.

It’s not necessarily always that you want to hit him, but he is so quick that you think, ‘Now I can get the ball’, and it has gone away.

Walcott was making his return from the ankle injury he sustained whilst on international duty a month or so back, and turned in a fine performance against Newcastle in the Carling Cup last night – notching two slick goals in a 4-0 rout (photos of the match up later this morning).