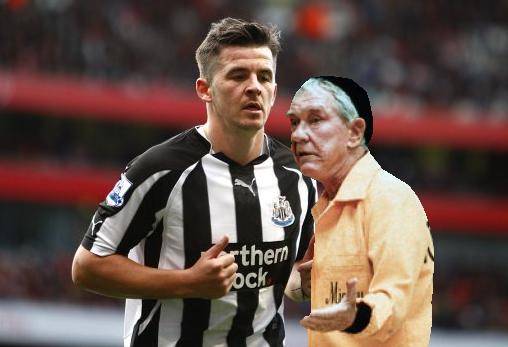 The least surprising news of the day has broken a few minutes ago with the FA announcing that they have bought charges of violent conduct against Newcastle midfielder Joey Barton for the malicious little jab he delivered to the gut of Blackburn’s Morten Gamst Pedersen when the two sides met last night.

Barton has been charged after match referee Mike Jones (who didn’t punish the incident during the game) reviewed video evidence of the misdemeanour at a hearing this afternoon.

“Newcastle United midfielder Joey Barton has today been charged with violent conduct by the FA following an incident in his side’s fixture with Blackburn Rovers on Wednesday, 10th November.

“Barton has until 6pm on Friday 12 November to reply to the charge and under the FA’s fast-track regulations, may admit the charge and accept a standard three-match suspension.”

UPDATE: Barton has accepted the FA’s charges and will now be banned for Newcastle’s upcoming games with Fulham, Bolton and Chelsea.

He has also issued the following apology:

“I would like to apologise to [Newcastle manager] Chris Hughton, my team-mates, our fans and of course to Morten Gamst Pedersen and Blackburn.

“I fully accept that I was in the wrong on this occasion and accept the charge that the Football Association have brought against me. I hold my hands up, I reacted badly to the situation on Wednesday night and I deeply regret it.

“I have been working very hard to keep that side of my game under control and I think it has showed in the way I have been able to get on and enjoy my football this season.”

As you were again…