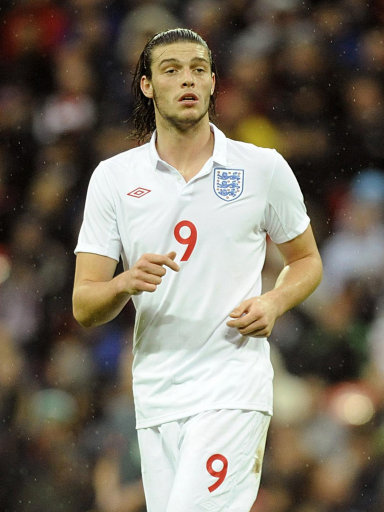 Newcastle United striker Andy Carroll has admitted that he would be ‘devastated’ if the groin twang he sustained during Saturday’s 0-0 draw with Fulham rules him out of England’s friendly with France on Wednesday evening – thus robbing him of his first senior cap.

“I’ll be devastated if I have to pull out. It’s been my dream to play for England.”

In further news, West Ham’s Carlton Cole has been called up as cover for Gabriel Agbonlahor, who pulled out yesterday after picking up a knock in Aston Villa’s 2-2 draw with Manchester United.

Chelsea pair John Terry and Ashley Cole have also been removed from Fabio Capello‘s squad, with the former still suffering with a recurring back injury and the latter struggling with an ankle strain.

Bolton defender Gary Cahill and Aston Villa full-back Stephen Warnock have been called up as their replacements.