The greatest Premier League goal of the decade? Away you go… 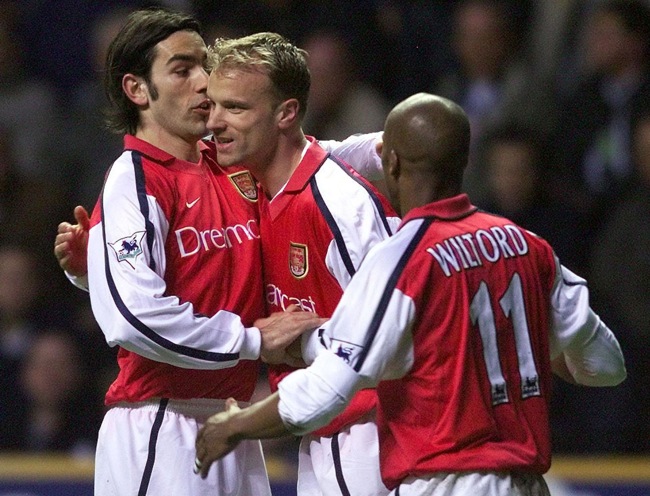 Dennis Bergkamp is congratulated by Arsenal team-mates Robert Pires and Sylvain Wiltord after scoring a wonder goal against Newcastle at St James’ Park. This wonder goal…

Magical, inventive, jaw-dropping. Who cares that it was only Nikos Dabizas who Bergkamp skinned? The best defender in the world would have been bamboozled by the Dutchman’s genius.

At the time, Arsene Wenger had this to say about the goal:

“You will not see many goals like that, it was an unbelievable goal.

“You are blessed to see that when you come to a stadium. It was not only a magnificent goal but a very important one – I enjoyed it a lot.”

We enjoyed it a lot too, Arsene. More than any other goal scored in the 2000s, in fact.

That’s your lot, folks. Hope you enjoyed the series.