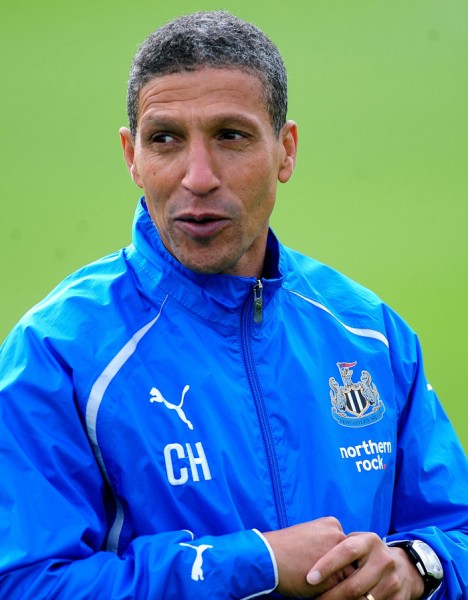 “The board would like to place on record their thanks to Chris for his considerable efforts during the club’s transition from Championship to Premier League football. Chris has shown exceptional character and commitment since being appointed manager in October 2009. The club wishes him well for the future.

“Regrettably the board now feels that an individual with more managerial experience is needed to take the club forward.

“The task of appointing a new manager now begins. An announcement will be made shortly regarding transitional arrangements pending the appointment of a successor.”

Newcastle currently lie 11th in the Premier League. Eleventh. With the squad they have, that’s a few places higher than where they might be.

Newcastle skipper Kevin Nolan was reportedly “gutted, surprised and shocked” by the decision to ditch Hughton, who was very well-liked by his players.

Although I did predict that Hughton – who struggled to ditch the “caretaker” tag even though he stopped wearing tracksuits on the touchline – would be the first Prem manager to lose his job this season (I thought he would go in October), I think it’s a disgraceful way to treat an honourable man who has so far overachieved this campaign. It seems Mike Ashley and co. were waiting for one slip-up so they could take this action.

Geordies, what do you make of this news?