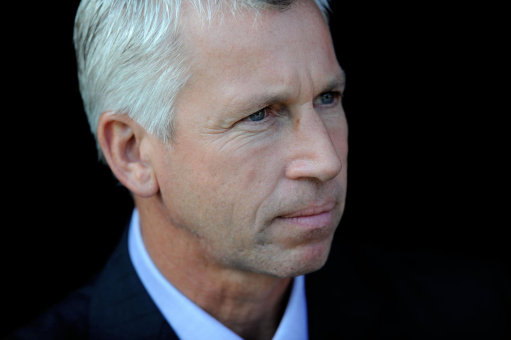 Newcastle United have literally just confirmed the news that Alan Pardew has officially been appointed as the club’s new manager, having signed a five-and-a-half year contract at St James’ Park this morning.

Real Radio Northeast are carrying a statement from Pardew (i.e. the man a whopping 1.8% of Toon fans wanted to see succeed Chris Hughton) himself:

“I am honoured and privileged to have been given this opportunity at Newcastle United, one of the truly great clubs in English football.

“I understand what this club means to its supporters. Throughout the football world people recognise that this is a unique club in many ways, with supporters who are second to none in their loyalty, passion and devotion for the team.

“I’m not a Geordie of course, but I once met Mike Ashley in the foyer of a Thai massage parlour I’m a football person with a love of the game and I can assure you I bring great drive, desire and commitment to the job.

“Chris Hughton did a great job last season, guiding the club back to the Premier League, and he continued that good work this season. It is my aim to build on that now and take this club forward.”

Pardew is now contracted to Newcastle until 2016, and with his…let’s say ‘less than exemplary’ record, does anyone else see such a huge commitment coming back to bite Ashley in his rather sizeable behind sooner rather than (five years) later?