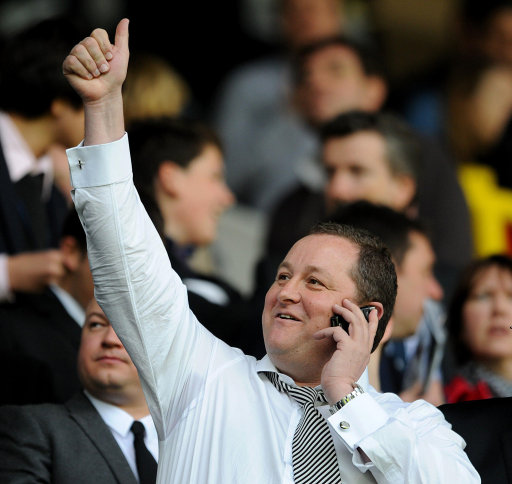 “Loadsamoney! Some Arab geezer’s offerin’ me £200m for this shit-hole!”

If the Daily Mail are to be believed (which they invariably aren’t), ‘major investors’ in Qatar are ready to add to their global football portfolio, with Premier League side Newcastle United being one of the club’s being considered for a high-rollin’ buyout:

“A week after the Qatar Foundation clinched a £125 million sponsorship deal with Barcelona, a group of ‘gold chip’ companies from the oil rich nation are looking to invest in a Premier League club

“Sportswear magnate (and Newcastle owner) Mike Ashley officially took the club off the market two years ago, though the Buckinghamshire-based businessman – who has invested almost £300 million in the club – would be willing to sell to a bidder prepared to pay at least £200 million.”

What a loss to the industry he’d be.