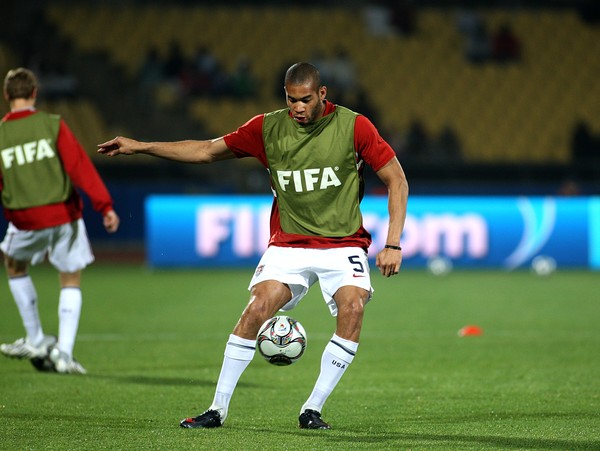 An official statement from Milan confirmed the news that Gooch is on his way to Italy: “AC Milan announces the signing on a permanent deal of defender Oguchi Onyewu from Standard Liege. The player has signed a contract with AC Milan through 30 June 2012.”
This is massive news for Gooch, obviously, but it’s also significant news for US soccer, which is on a high following the national team’s fine performance at the Confed Cup.
A criticism often levelled at current American players is that they haven’t broken through into Europe’s elite teams, or that they choose to stay Stateside. The best three US players – Tim Howard, Clint Dempsey and Landon Donovan – play for Everton, Fulham and LA Galaxy respectively. With respect, not one of those is a top-tier club like Milan.
It feels like Gooch’s signing could be a tipping point for the beautiful game in America. If one of their own can make it at a club whose hall of fame features such defenders as Franco Baresi and Paolo Maldini, that would be a huge shot in the arm for a game that mainstream pundits like Jim Rome continue to denigrate.
Not long ago, I asked if you really wanted to see the States become a football superpower. With real, tangible progress like Milan’s signing of Onyewu, I begin to think it’s more a case of when, not if.
The flip side says that Gooch doesn’t get anywhere near Milan’s first team, but I think he’ll do OK. He’s improved a lot in recent seasons, and while an apprenticeship at Liege is not ideal, it’s still a good grounding in the European game; and for what it’s worth, I never thought Newcastle gave him a fair crack of the whip. He will make mistakes, but what he offers in aerial presence and physicality should compensate for most of his shortcomings. He was terrific, for the most part, in South Africa recently, and no doubt that was what prompted Milan to sign him.
Good for Gooch.