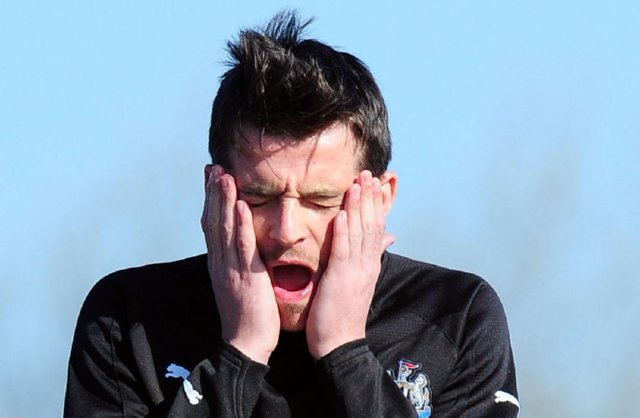 Apologies for the delay this morning people, a small technical hitch is to blame (turns out you can break the internet by staring at it hard enough) but we hope to be up and running again smoothly in no time.

Anyway, after already telling is just what he thinks of Gareth Barry’s prowess, Joey Barton’s frank interview with So Foot magazine is yielding more astounding quotes this morning – with the Newcastle midfielder now claiming that Ousmane Dabo… 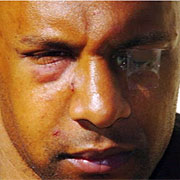 …is a ‘pussy’ and that it was the Frenchman that started the fight between the two on the Man City training ground back in 2007.

“I have never given my side of the story, but the truth is that he started the fight and I finished it. Frankly, Ousmane is a little pussy. It’s him who hit me from behind with his hand.

“When he did that, I hit him back. It happened just like that, bang, bang bang and it was over. But I am no monster. I don’t like fighting, but it’s human to defend yourself.

“The problem was I hit him three times. Of course, it was not the best response, but I grew up in the street and when I am attacked, I defend myself and when you fight, there are no rules.”

Barton also derided Dabo for involving the police in the scuffle, insisting that the two of them should have sorted out their differences themselves *WITH A KNIFE FIGHT TO THE DEATH*:

“I wanted to discuss it like men, but he never came to see me and that makes me angry because he told lies in the papers and I was not able to respond.

“There was a late tackle in training and we exchanged a few words. I have an aggressive style and he wasn’t happy.

“I told him, ‘You are a piece of s**t, don’t come looking for me’. He said, ‘You are arrogant, you think you’re something special’.

“We kept talking and I said, ‘Yeah, you’re great’, but it was sarcastic because he was not playing well, so he slapped me from behind. He tried to be the bad boy, but it was him who ended up on the floor.”

“You know, I am not proud of [the fight]. It’s never good to fight a team-mate, but from the moment he raised his hand to me … it’s hard to explain.

“If we saw each other tomorrow, we might say, ‘What we did was stupid, I am sorry and we should never have fought’. I’ve seen team-mates fighting at least 15 times but City said I had hit him too many times.”

Incidentally, this is how Dabo himself described the incident:

“I had my back turned when he charged at me and threw a right into my temple, like a coward. I was knocked out but, while I was out of it, he grabbed my head and struck me with 10 right-handers from close range.

“In a man’s fight it’s impossible that this guy – who is half my size – sparks me out with one punch. It was anything but fair.”

Hmmm, who to believe?