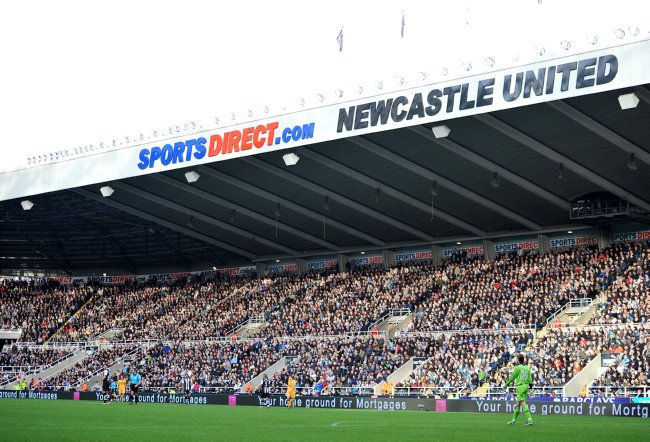 With Newcastle riding high in the Premier League, the cynic in me suggests that Mike Ashley may have bided his time to announce that St James’ Park is to be renamed with ‘immediate effect’ as an exercise in PR damage limitation but there we go – from henceforth, the Toon’s ground will be officially listed as the ‘Sports Direct Arena’.

Last season the stadium’s official title was altered to include the club’s sponsors (remember the SportsDirect.com@StJamesPark?) and not much really changed. Everybody still referred to it ‘St James’ Park and, after 120 years under the name, the ground is always going to be just that to the fans – regardless of it’s commercial moniker. Dunnae worry like.

There’s been outcry this morning, some genuine, some feigned – but the important factor is that it’ll be the ‘Sports Direct Arena’ every time it’s mentioned on television in the lucrative foreign markets. That’s all.

According to director Derek Llambias, the naming rights will also be put up for grabs at the end of the season, so you won’t have to get overly used to the new name. Next year, fingers crossed, we may have Newcastle running out at the ‘Anusol Arena’ or the ‘Bodyform Stadium’ (hopefully while that jingle plays over the PA System and Fabio Coloccini ruffles his hair in slow motion)