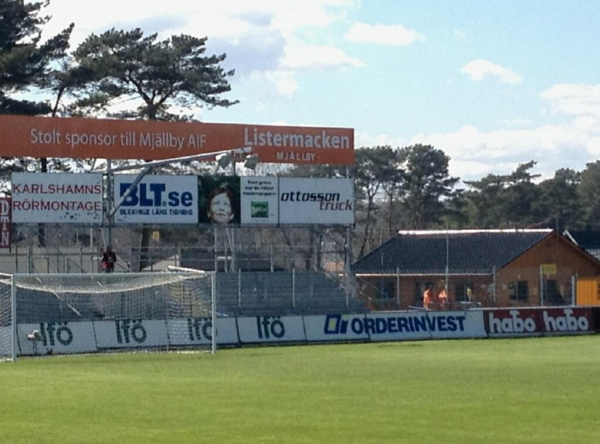 Swedish side Brommapojkarna took a travelling contingent of just one to their Allsvenskan tie against Mjallby on Sunday, and their players were so impressed with the solo supporter’s dedication that they have decided to lay on a bit of an all-expenses-paid VIP treat to show their gratitude.

After spotting the chap in the stand behind the goal, Bromma midfielder Bojan Djordjic (Manchester United fans may or may not remember that name) was so taken aback by his vociferous support that he offered to pay for the fan, who has since been identified as a Mr Ander Ung, to attend a Bromma game of his choice.

“When I saw him, in his shirt, singing and cheering by himself, I decided I had to do something. So I’m going to pay for him to travel to a game of his choice and he’ll get to meet the lads.”

“You have to lift up people like that. I got his number last night and called him from our bus – the warmth and the joy in his voice was unbelievable. He deserves this.”

According to Reuters, Ung used to coach one of the club’s junior sides way back when, before work-related issues meant he was forced to move 660 kilometres away from the Stockholm area nearly 20 years ago. He hasn’t been to a home game since.

Maybe he should get in touch with this guy and swap stories.