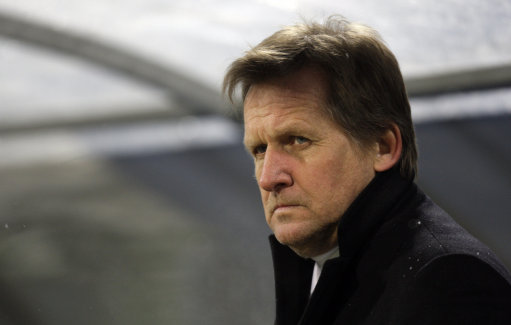 Malaga coach Bernd Schuster has gone on record today with some incredibly pioneering views on doping in football, stating that the use of pep pills and mystery yellow liquids is a-okay as long as they’re merely used to help players overcome injuries.

“As long as it’s for recovery purposes, I have no problems with it. If a player can reach his full fitness level two to three weeks faster, then it makes sense.

“It’s not about players being brought up to 120, 150 or even 180 per cent. It shouldn’t be performance enhancing. It’s about getting players to their usual level as soon as possible.”

Accusations of heavy doping have been levied at several of the West German World Cup teams (from 1954 onwards) of late and Schuster freely admitted that he and his teammates were given a lot of substances during his playing days, and that he never questioned what he was taking:

“We all took something, but no stimulants in the classical sense. The doctors always gave us something, however.

“We never questioned what they gave us, as it wasn’t about getting us to run over the pitch with 200%, but rather to conquer minor injuries or illnesses.”

Now, Pies have long been advocates of merely opening the floodgates and legalising doping in athletics firmly based on the principle that if you let them all take whatever they want then the results will be a spectacular and thoroughly entertaining mess – but, admittedly, we’re talking about a sport we couldn’t give too shiny turdlets about.

As for football, no thanks. Let’s just continue to allow nature to take it’s course, shall we?