After England was battered by the RED ALERT mild rainfall and RED ALERT Autumnal breezes that enveloped the country yesterday morning, we can sympathise with the adverse weather conditions over in Amsterdam today – weather conditions that saw Ajax’s swanky Adidas training inflate-a-dome collapsed in on itself.

The first team were training under the dome ahead of Tuesday’s Dutch Cup fixture against ASWH when coach Frank de Boer noticed that the “extreme wind” outside was beginning to tear the spotlights from their riggings and a section of the dome wall caved inwards.

Three minutes after De Boer had led his men to safety, the whole thing came down… 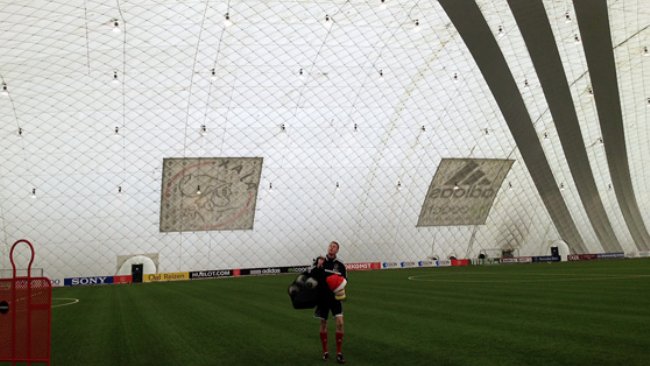 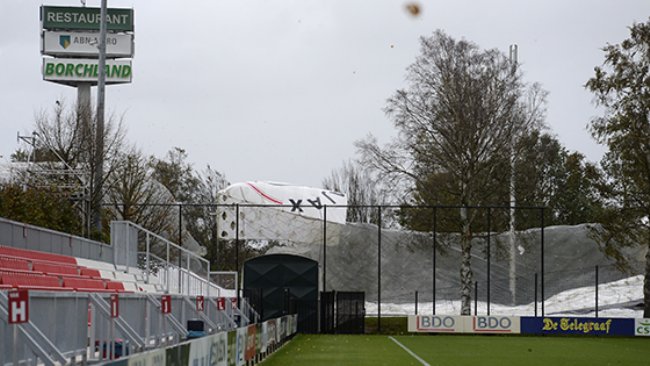 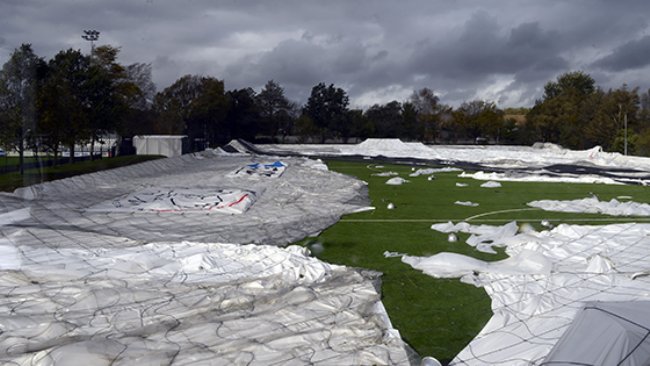 After watching the hall go down mere minutes after making his near-miss exit, De Boer was asked to sum up the ordeal by the Ajax club website.

He replied, in typical unflustered Dutch style: “Moving was a good choice”.

The man’s a hero!

(Photos: Ajax/thanks to Pies fan @heffyleiner for the tip-off on Twittah)