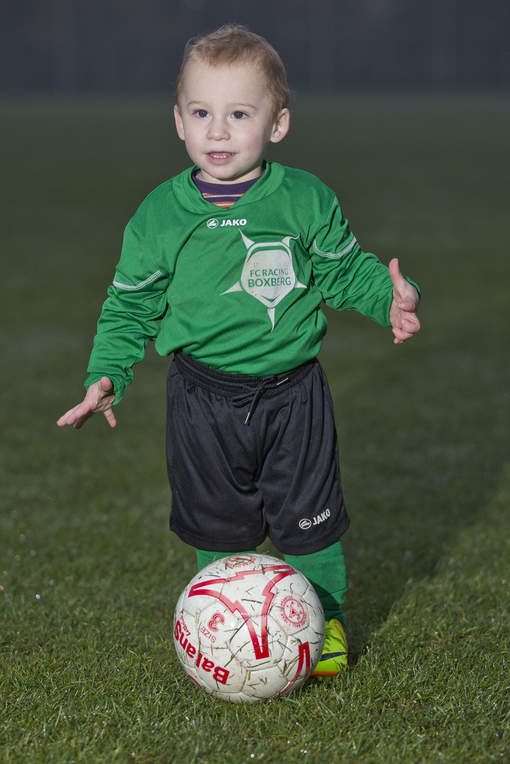 See that impossibly adorable-looking little tyke up there? His name is Bryce Brites, he’s 20 months old, he can’t even say ‘ball’ properly yet, his Mum changes his nappies and he’s already twice the football you or I will ever be.

That’s right! One-year-old Bryce has become the youngest ‘professional’ footballer in Belgium (and surely the world?) after signing with a club by the name of FC Racing Boxberg, based near Genk, who have a specific focus on developing and promoting youth football.

Brites impressed Boxberg’s coaches with his “highly unusual” talent when he was able to dribble a ball between cones. The toddler was then invited along to train with the club’s Under-5 team and was signed up there and then – issuing the prodigious nipper with his very own Belgian FA membership card, visible here.

“Bryce kicks a ball in a way you do not even see when playing drills with four or five-year-olds. His ball control is incredible for his age. The way he dribbles with the ball at his feet between the cones, he can give a pass to the left or right.

“You ask him to kick a ball three or five metres and he does so, but he may not play with the five and six-year-old boys yet. We must remain cautious. “

Sod that, we’re backing him for a surprise inclusion in Belgium’s 2014 World Cup squad!