Meet the Wichne brothers: Amund, Idar, Torje and Eirik: who have become the first ever (at least, so we’re told) quadruplets to play for the same team on the same pitch as each other… 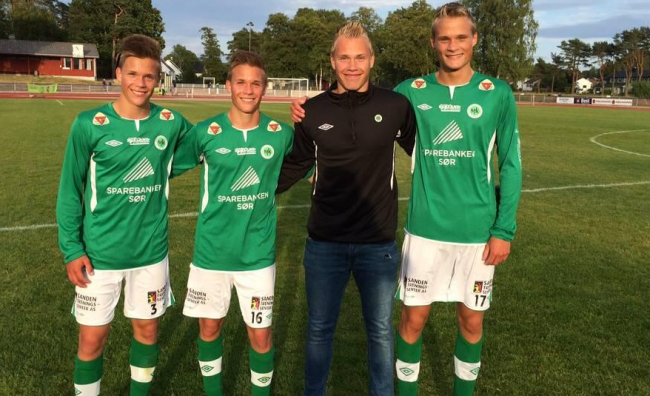 The four 17-year-old siblings all play for Norwegian team FK Mandalskameratene and made history after Torje and Eirik started against in the recent 3. Divisjon (Norway’s fourth tier) fixture against Re FK, only for brothers Amund and Ijar to come on as substitutes later in the game.

As we say, it’s thought to be the first time the phenomenon has ever occurred in professional or semi-professional football.

Here’s the official FK Mandalskameratene team-sheet to prove it…

FK Mandalskameratene went on to beat Re FK 3-1, with Eirik later being informed that he and his brothers had become the world’s first ever quadruplet team-mates by a reporter from the local paper.

“We know each other well on the field, so we have a great advantage,” he said. “It is insanely fun to play with my brothers!”