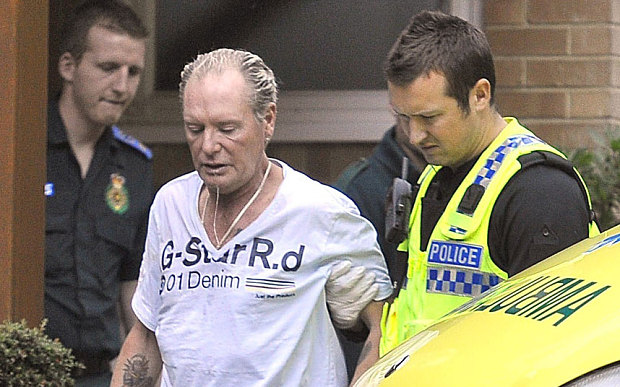 According to a report in the Telegraph this morning, Paul Gascoigne was hospitalised yesterday after he was discovered slumped outside his house.

“Paramedics and police were called to Mr Gascoigne’s rented apartment in Sandbanks, Dorset, to find him slumped on the ground holding a bottle of vodka.

“The former Lazio and Tottenham Hotspur star is reportedly in the process of being evicted by his landlord from the £3 million property where neighbours had recently complained of the noise.”

Gascoigne was apparently found after he rang a friend to say: “I’m in trouble, can you come and help me?”

A friend of Gascoigne’s told the Daily Mirror:

“It is very sad. But the reality is Paul has been drinking for the past few weeks and once that happens things will only end one way.

“Today things came to a head. He has had a lot on his plate as he is in the process of trying to find somewhere to live.

“His landlord had given him 10 days to get out of the flat and it was weighing on his mind.

“Obviously things became too much for him in the past couple of days and he has turned back to the bottle.”

This news coming just a day after it was revealed that Gascoigne had signed on for his local Sunday League team on a whim while nipping out to buy ciggies. 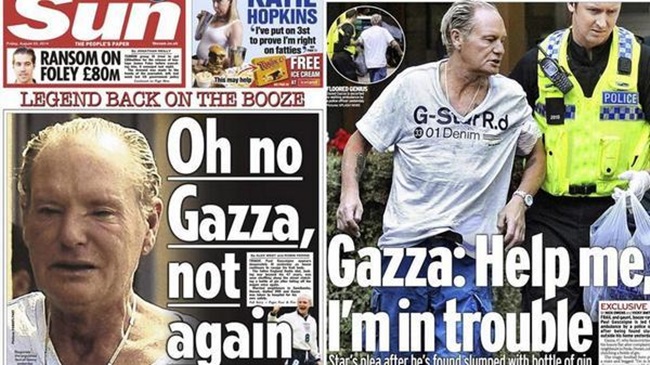 We can’t help but feel rotten for asking, but how long until we all wake up to that headline? The headline nobody wants to hear.

As we’ve said before: He’s unravelling, bit by bit. It’s tragic, but only Gazza can help Gazza now and unfortunately for him, Gazza is the last person you’d call for help about anything.