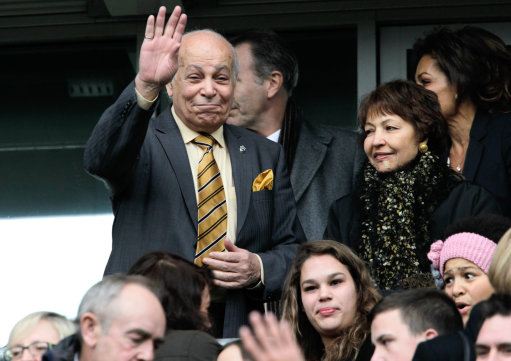 Like an old three-piece suite he’s desperate to get shot of, Hull City owner Assem Allem has vowed that he is effectively prepared to stick the club on Gumtree and flog it for nothing if a suitable buyer can’t be found in the near future.

Allem has revealed that he put Hull City up for sale just 22 hours after the FA turned down his request to change the club’s name to the supposedly more “internationally marketable” Hull Tigers back in April.

The 75-year-old Egyptian businessman, who also revealed that he has since lodged an appeal against the FA’s ruling with the Court of Arbitration for Sport, has sworn that he will give his majority stake in Hull away for nothing if a buyer doesn’t come forward at some point soon.

“When I say something, I mean it,”Allam told BBC Sport.

“We stated earlier this year that the club would be for sale should our attempt to globally promote Hull Tigers as a brand name and as a playing name be blocked.

“As a consequence of the FA decision on 9 April, I announced on 10 April, within 22 hours, that Hull City is for sale.

“I will give [the club] away. Out means I’m out. Have I ever said anything and gone back on it?

“If the appeal comes first, ok, no harm done. If the sale comes first – sold.”

Question is: If he’s so desperate to pull out a.s.a.p, then why did Allam fluff £33million-plus bringing in new players (including a club record-breaking £10.6million on Abel Hernandez) in the last transfer window?