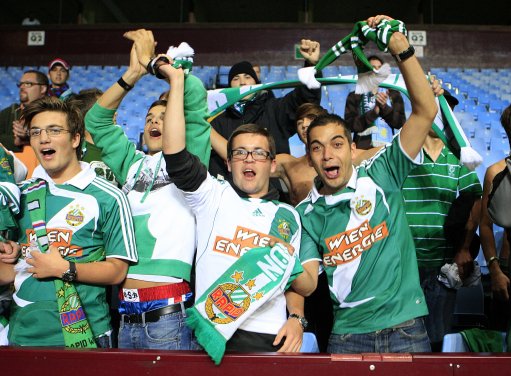 In a bid to dismantle their old stadium and raise a bit of cash in the process, Rapid Vienna are holding a “Demolition Party” for their fans this coming Saturday.

The party basically entails Rapid fans paying for the privilege of being allowed to unscrew seats, chisel away walls, slicing up the goal-nets and hacking up the turf at the club’s now-defunct Gerhard Hanappi Stadium.

For just €5 you can take home a wedge of the turf; €18.99 gets you a swatch of the nets and a €19.77 ticket will get you a seat – with supporters being allowed to take home as much as they can carry if they’re willing to pay for it.

“We will provide the necessary tools, naturally with all safety precautions taken into account and with employees standing by,” the club said on their official site.

In case you were wondering, the big destructive shindig has come about as Rapid are on the verge of moving into a brand new, 22,000-capacity stadium in 2016 while playing their home games at the Ernst Happel Stadium in the meantime.