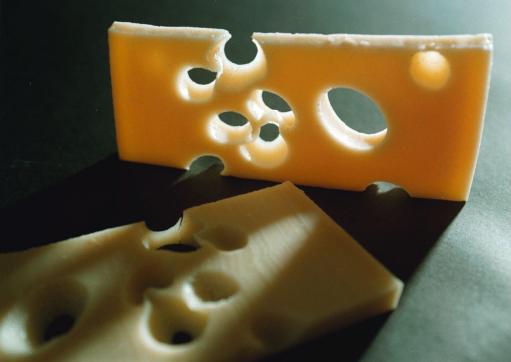 Swiss side FC Sion have hatched a cunning plan (though we can definitely see holes in it – geddit?) to help prevent crowd trouble at their stadium by plying travelling fans with cheese.

As we initially assumed, it appears that Sion don’t plan to lace said cheese with sedatives but rather the club are opting for an altogether more civilised approach: charming visiting supporters into behaving themselves by offering free tickets and gourmet catering.

As well as waiving the ticket price, Sion laid on a luxury spread of locally-produced white wine and raclette cheese (another delicacy of the Valais region) for last weekend’s Swiss Super League tie against Luzern, rather than the usual beer and sausage available at their refreshment stands.

According to Guardian reporter Philip Oltermann, the project is the work of Sion club president Christian Constantin, who proudly announced the scheme via a press release but also added the following caveat at the foot of his statement:

“If it doesn’t work out, then I’ll close the away stand after the winter break.”

Oh. Okay. Give me cheese or give me death.

So far, “Operation: Cheese Bribe” hasn’t proved particularly successful despite Sion winning three of their five home games so far this season – with both St Gallen and Luzern fans setting off a barrage of flares in the away end during their respective visits to the the Stade Tourbillion.

Indeed, Basel’s 1,000 or so travelling fans were so appalled at being let in for free that they each pooled together 10 francs each (roughly the price of a ticket) and handed it back to Sion staff at the turnstiles, telling the host club they refused to “allow themselves to be bought”.