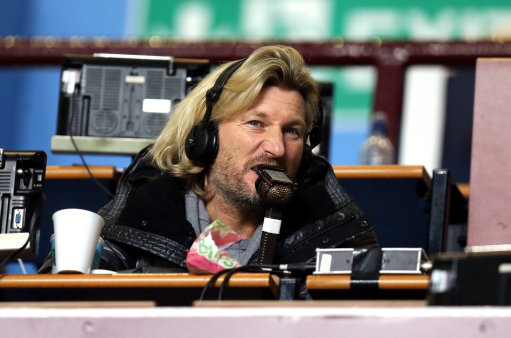 With the BBC’s annual “Price of Football” survey kicking up the same old fuss over the past couple of days, it was inevitable that Robbie Savage was going to be canvassed for his BIG OPINION sooner or later.

That day, unfortunately, is nigh.

“Whoever I was playing for, ticket prices did not cross my mind once,” Savage wibbled in his BBC Sport column.

“If someone had come up to me when I was a player and said that ticket prices are too high, I would not have been bothered at all.”

Savage went on to add that most players “live in a bubble” and have little to no idea how much a match ticket costs your average schmo, given that the top teams simply hand out complimentary executive boxes to players’ friends and family:

“You have to remember that most of them would not know what a pint of milk costs either.”

However, Savage remains unapologetic about the money he was earning during his playing days, admitting that it didn’t concern him in the slightest that inflating wages were bumping up ticket costs at the turnstiles:

“I appreciate I was in a fortunate position but, if someone had come up to me when I was a player and said that ticket prices are too high, I would not have been bothered at all.

“There is a link between players’ wages and the price of tickets but I cannot think of any player, myself included, who thought about that when they were negotiating a contract. I was always thinking of myself.

“I don’t feel guilty about saying that because I don’t think you can blame anybody for getting the best deal that he can.

“Outside of football, it would not be seen as a problem – and, even knowing what I do now, I have no regrets about the wages I was on.”

No major surprises there.