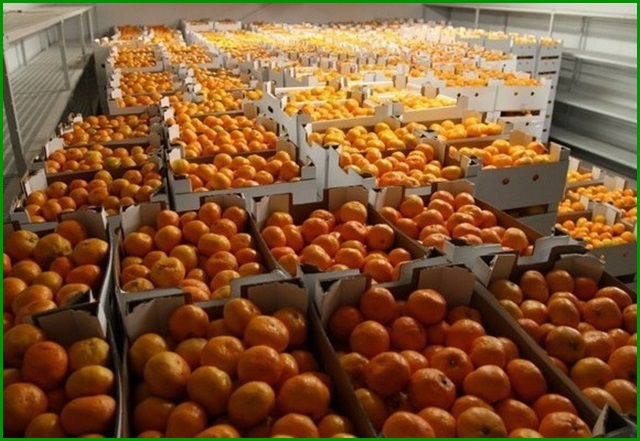 As you may well be aware, Shakhtar Donetsk are currently playing their home games in the western Ukrainian city of Lviv – some 1,200-odd miles west of their home at the Donbass Arena stadium – due to the ongoing conflicts in the east of the country.

Indeed, the city of Donetsk itself is tantamount to a war-zone as things stand, with the Donbass Arena having been damaged by shelling several times over the course of the past few months.

The club have also shifted their administrative headquarters and training HQ to Kiev to escape the turmoil, though they haven’t forgotten the people they’ve left behind – with captain Darijo Srna orchestrating a drive to get 20 tonnes of tangerines delivered from his hometown in Croatia to the thousands of innocent schoolkids still trapped in war-torn Donetsk.

“The captain of Shakhtar [Srna] repeatedly said this: For all 11 years he’s played in Donetsk, he constantly feels the support of the fans.

“Now, the time has come for Darijo to support the Donetsk citizens himself, making his contribution to the “Let’s Help Children” project carried out by the Humanitarian Centre of Rinat Akhmetov.

“For the children who have found themselves in the war-zone, Srna bought 20 tonnes of tangerines in Croatia and covered the delivery costs (to Donetsk).

“The lorries carrying the fruit bought in Darijo’s hometown, Metković, have already arrived in Donetsk.

“On November 11th, students in Budyonovskyi and Proletarskyi districts started receiving the present from the captain of Shakhtar.

“Until the end of the week, the sets of tangerines will be delivered to schools across the city.

“The gifts from Srna will be received by 23,143 primary school students – that is absolutely all the kids currently present in Donetsk.

“Besides, Darijo passed a special greeting card to every child.” 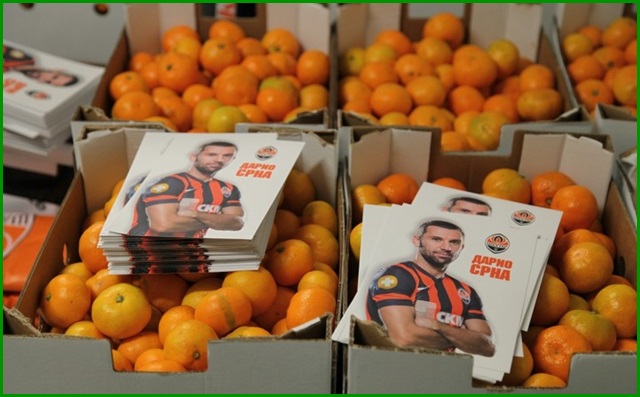 Speaking to Shakhtar’s in-house FCSD television channel, Srna said that the tangerines were “a gift from his heart and soul” to the people of Donetsk, who have accepted him as one of their own over the years he’s spent with the club.