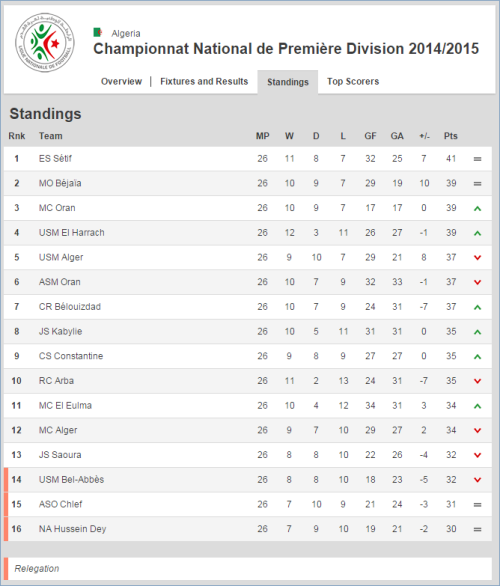 As you may well recall, a month or so ago we featured the madness of the Algerian Championnat Premier Division title run-in here on Pies, with the league poised so tightly that, with four games left to play and 12 points up for grabs, the top side were still in theoretical danger of being relegated and the bottom side were still in a position to win the league.

Predictably, the final day of the season proved to be as baffling as you might expect.

ES Setif, who were top when we last checked in, went on to win the title by a single point – all the fun and frolics came down at the other end.

Indeed, it was poor old MC El-Eulma, who were 11th going into their final four games, who proved to be the unlucky fall-guys.

Despite a walloping 3-0 victory over 7th-placed ASM Oran on the last day, El-Eulma were relegated at the end of play having scored more goals than any other team in the Premier Division. In fact, their tally of 40 goals-for (GF) was three more than title-winners Setif managed! 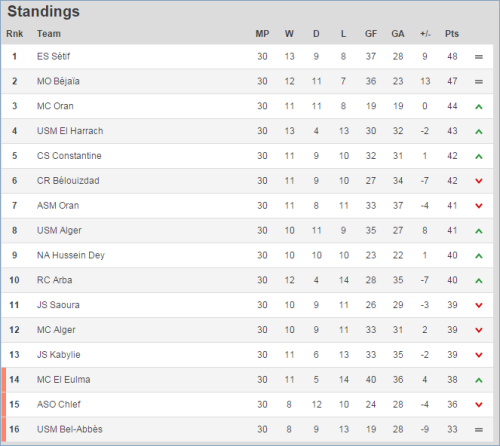 In fact, when all was said and done there were just 15 measly points separating victorious Setif at the summit and USM Bel Abbes at the foot.

If you’ll allow us to provide you with a bit of context here, there were 57 points between top side Chelsea and bottom side QPR by the time the Premier League was concluded, 48 points between Bayern Munich and Paderborn in the Bundesliga, 68 points between Juventus and Parma in Serie A and a whopping 74 points between Barcelona and Cordoba over in La Liga.