A museum exhibition centred around the current corruption scandal engulfing FIFA is to go on display in Las Vegas in September.

Rather fittingly, the permanent installation is to go on display at the city’s National Museum of Organized Crime and Law Enforcement – informally known as ‘The Mob Museum’.

Entitled “The ‘Beautiful Game’ Turns Ugly”, the exhibit will feature photos, media clippings and narratives about the bribery, accusations, racketeering, etc, that have swamped world football’s governing body over the past few weeks/months/years.

The Mob Museum’s executive director said in a statement that he is hoping the FIFA exhibition will prove especially popular with Las Vegas’ throngs of foreign tourists.

If they’re selling ‘Sepp Blatter in money’ snow globes in the gift shop, then we’ll be on the first plane out. 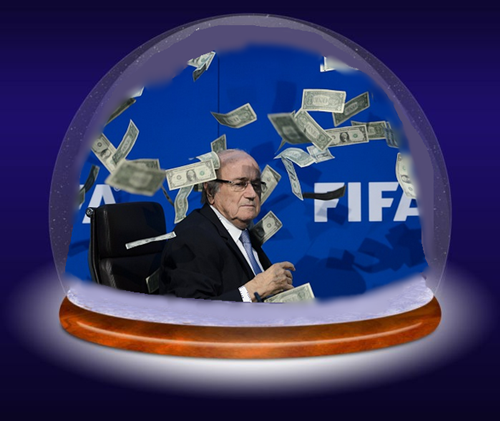