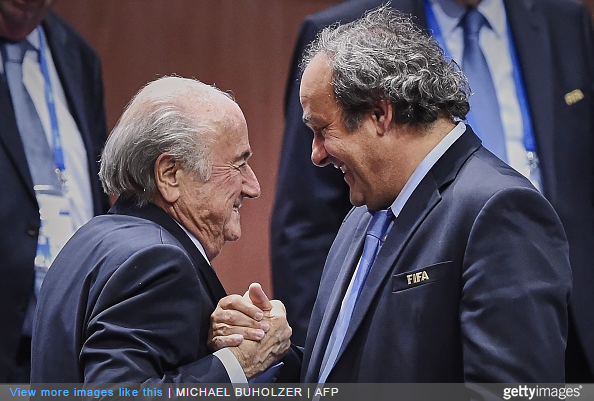 It’s with a heavy heart that we’re forced to announce this year’s FIFA vs UEFA staff match has been cancelled due to  alleged widespread executive-level corruption.

According to the Beeb, the annual staff match has been nixed after the Swiss Attorney General opened criminal proceedings against FIFA president Sepp Blatter on Monday.

Blatter stands accused of criminal mismanagement, including the piffling matter of a “disloyal payment” of £1.6million supposedly made to his UEFA counterpart, Michel Platini. For the record, both men deny any wrongdoing.

Blatter was scheduled to be in attendance at the inter-organisation match on Friday, which takes place every year at UEFA’s headquarters in Nyon.

However, FIFA have since announced that this year’s fixture has been cancelled, though strangely they refrained from giving a specific reason.

In a joint decision it was agreed to postpone the Uefa-Fifa Challenge 2015 until further notice.

Damn shame. It’s always the little people that suffer the most.