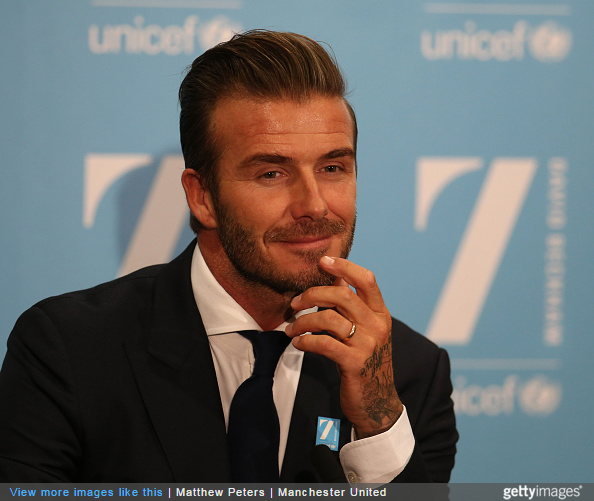 David Beckham is planning to play seven matches on seven continents in the space of seven days to celebrate his 10-year anniversary as a UNICEF Goodwill Ambassador.

First will come a charity match at Old Trafford, with Beckham’s Great Britain XI pitted against Zinedine Zidane’s Rest of the World side and all proceeds going to Beckham’s new ‘7’ UNICEF fund, launched earlier this year.

This from the Daily Mirror:

To celebrate his 10th anniversary of working with UNICEF, Beckham will compete in seven games across seven continents over seven days.

There will be a documentary, expected to be broadcast by the BBC, charting the former England captain’s trip around the world.

While the rest of the specifics are yet to be announced, Beckham is reportedly expected to turn up in Uganda and Papua New Guinea (though quite where the Antarctic leg of the tour is due to be played is anybody’s guess).

The idea is to hopefully raise a record-breaking amount of money that will all go towards helping the United Nations’ children’s charity.

How lovely. Best of luck to the bloke.